We have recently seen Gold bid higher over the past week as Federal Fund Rates 10 Year Bond Yield slips lower as Bond have been bought up due to trade tensions with the US and China, and the summit with Trump and Kim Jong Un has been canceled perhaps temporally or not only time will tell. 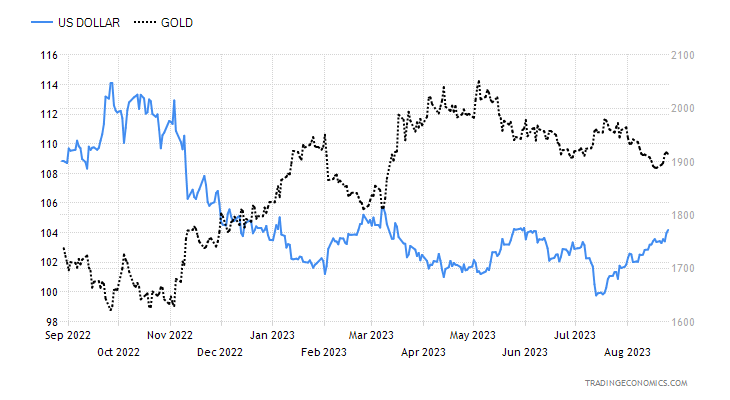 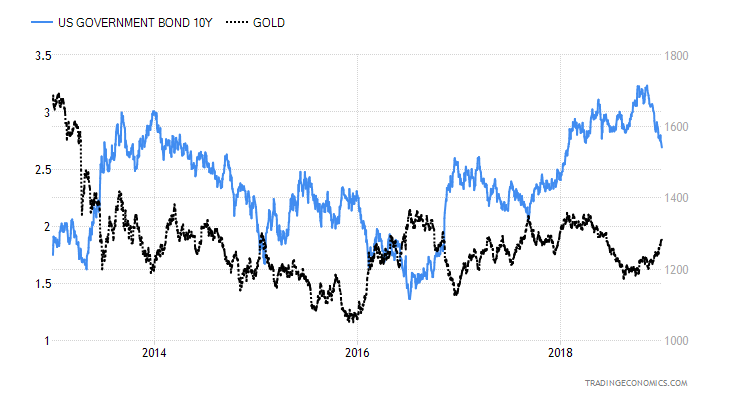 As Yields come down the demand for Fiat currencies like the DXY drops and the price of Gold goes up, as the two instruments are inversely correlated.

The DXY has broken its down trend that it had been making in 2017 and a record short positioning in the Futures Market in early April 2018 as the LIBOR OIS Spread had shown us as it is 3 month leading indicator to the DXY and as the 10 Year Bond Yield reached 3%. This i believe to only be a counter trend rally as America has an rather large debt to other countries around the world and will at some stage have too pay that debt back, and the only way to do that is to print money the more money you print the more deflationary this is to your currency as the supply exceeds demand. With China now having a Yuan backed oil futures contract available to the market we saw a great deal of interest in this product as many people and countries seek to get away from the DXY such as Russia, Iran, China and others.

If we look at a closer time frame on the DXY we can see clear divergence as the price action of DXY goes up we see indicators going DOWN this is a leading indicator that the rally in the DXY may be coming to a close in the coming weeks or months ahead.
Silver has traded sideways since the beginning of this year we did have a attempted breakout but this has not been sustainable as the macro backdrop for precious metals has not been particularly friendly.
Overall we have yet to see any meaning full movement in the precious metals market this week im sure as the year progresses it will be more interesting for all of us who are watching